Made up of over 70 000 hectares of dense rainforest, the Tarkine is one of the largest protected rainforests in the world and one of the most stunning as well.  For a photographer, it can take a lifetime to cover.

Pictured here is the Balfour Forest, which took me about an hour to access by 4WD from the Bass Highway via the Arthur River crossing. It’s from this point onwards  that you need to be in a 4WD. Once I reached the small car park, which only has room for three to four cars, I set off into the bush on foot to have a look at this wonderful area that the Government has protected for us to enjoy.

A few days prior to venturing out, the Tarkine was closed due to strong winds of over 100 kph that battered the North West of the State. This became obvious as soon as I entered into the forest, as there were trees over the track on many different sections of the path. This just made it a bit of an adventure getting up and around the fallen trees.

I walked for about 90  minutes and allowed about the same time for the return trip before the sun set – all the time taking in everything the area had to offer in its beauty. To say that the Balfour Forest is stunning is an understatement. I love it all – from the miniature growth on a delicate branch, to the grand old trees that stand tall, to the leaf litter and fallen trees that are slowly returning to the soil.

I totally enjoyed capturing the beauty and scenery of this forest with my camera for others to enjoy.  The above photo is one of the many that I took on this adventure into the Tarkine. Several of these photos will be on display in Sydney for a one night showcase, along with various works from five other Tasmanian 5 photographers to raise the awareness of the necessity of protecting of the Tarkine.

The images below are from Lake Chisholm rainforest.

For more images of Tasmania, please click on the link, more images are added on a frequent basis.

In a few weeks I will be moving permanently to Tasmania,  and for the next 18 months I will be working from the North West Coast where I will be conducting research, sending off film from previous trips of the state as well as processing any film I have waiting for me at the post office.

My first port of call will be the Tarkine Rainforest where there is an abundance of waterfalls and wilderness to be captured. I will then head to Cradle Mountain and capture the beauty of the area there as well. In November I will also be heading out on a 8 day trek with another lover of Tassie and covering the stunning landscape that we will see before us on the Overland Track.

I will be armed for my many adventure with nothing else but my Linhof 617 Panoramic camera, a 72mm lens and a heap of film that I am sure I will run out of in the 18 months I will be covering Tassie before I move to Hobart.

This is a pretty exciting time for me to say the least and one I am really looking forward too thats for sure.

So please add yourself too my facebook panoramic page via the link below, and its there where I will be posting comments about my travels, as well as new photos from my many adventures.

Yesterday I had the pleasure of doing a trip with Cruise Whitsunday out of Airlie Beach to Knuckle Reef, the reef is located 100km’s off the East Coast and getting there is by a 300 seater catamaran.

The cruise has about 40 staff on the boat to accommodate your every need, be it from making the wonderful lunch that is served on board, to taking you scuba diving either for a first timer, or even if you have dived before. If you just want to do your own thing, then you can put on a wet suite, goggles and go swimming at your own pace.  There is even a photographer there who can capture your day from above as well as below the waterline.

The trip takes about 3 hours to get there as you stop at a couple of the islands on the way out to pick up people along the away.

But all in all its a great day out and one I would recommend doing. 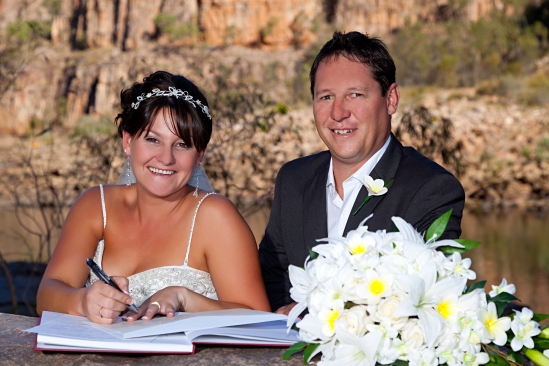 If you have ever considered getting married with the stunning backdrops of Katherine Gorge with the setting sun hitting the sheer cliffs, then you can’t go past the Nitmiluk wedding cruises.Yesterday I shot a wedding for Leon and Robyn, and even though it was mid afternoon, it allowed us enough time to take a leisurely cruise back up the river stopping at various locations for photos. The added bonus of this is that the guests get to enjoy the photography that is taken on the way back. So if you have ever thought about it, please give Karlee a call at the Nitmiluk Centre and they will cater to your needs and requests. Taken on a 5D Mark II with a 24-105 lens, a Quantum Flash and a Elinchrom Ranger flash. 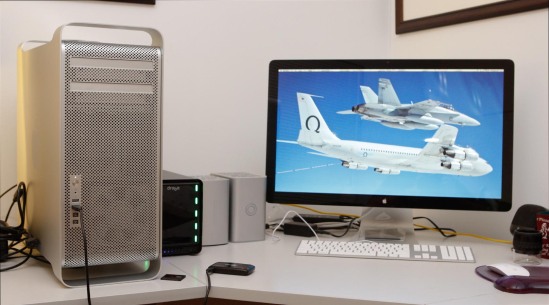 Last month I took delivery of my new apple mac pro computer , it was custom build for me by Designwyse in Melbourne that are professionals that deal in Apple products.  The sales manager I dealt with was Daniel  and he couldn’t have been more helpful with every process and request I asked of him and the team he works with.

I have had a few upgrades from what is stock standard, and that is I went from 3Gig Ram to 24 Gig Ram, I added a 120 gig solid state hard drive and that has all my programs running from it. I added 3 1TB hard drives for time machine back ups, my weddings, portraits and the last one for my landscape photos. I have done a few test as well with it, Photoshop opens up in 1.5sec and a 500mb file from finder (explorer) opening up PS CS5 at the same time takes just on 5 secs. I thought I would also push it and see how it went, so I opened 20 x 500mb files in one go and 2 mins later they were all opened.

I couilnt be more happier with the computer and I feel that this tower will give me years of reliable editing that I will be sure to be doing with it.

So if you are looking for a great computer and you need the speed and the power, then give Daniel a call in Melbourne.

I have added the specs for you to see as well.

Last year I spent just under 2 weeks traveling around mostly the East Coast of Tasmania, shooting most of the trip with my Linhof 617.

One the last day I was there I wasn’t due to fly out till mid afternoon, so I left Freycinet at about 10.00 with Neal Pritchard and his brother not far in front of me on the way to the airport as well as they were heading back to WA the same day.

About half way back to the airport as I was coming up through the hills I saw this little cottage on the left and pulled over to have a closer look, with just the veiw finder in hand I knew as soon as I looked through it that there was a photo to be taken here. I also used the polarizer as well to bring out the puffy clouds in the background. This was one of the last shots I took on this trip and I have had the stored till I had more film to send.

Scanned on my FlextightX1 here at home, here is the final product of what I saw that day.

Last week on my way to Darwin for the weekend I had left pretty early on the Friday so there was not much traffic on the road. As I came around the corner on the major highway I saw a chance for a nice shot with all the puffy clouds the sun and the leading line of the road.

I pulled over and took a few shots from standing angle and as well in the middle of the road, but it wasn’t until I laid down on the road that I felt I got the better angle that I was looking for.

Listening for traffic as I was taking a few shots there were a few times I had to get up pretty quickly, but I feel the effort was well rewarded as I was able to get the sun in the shot as well.